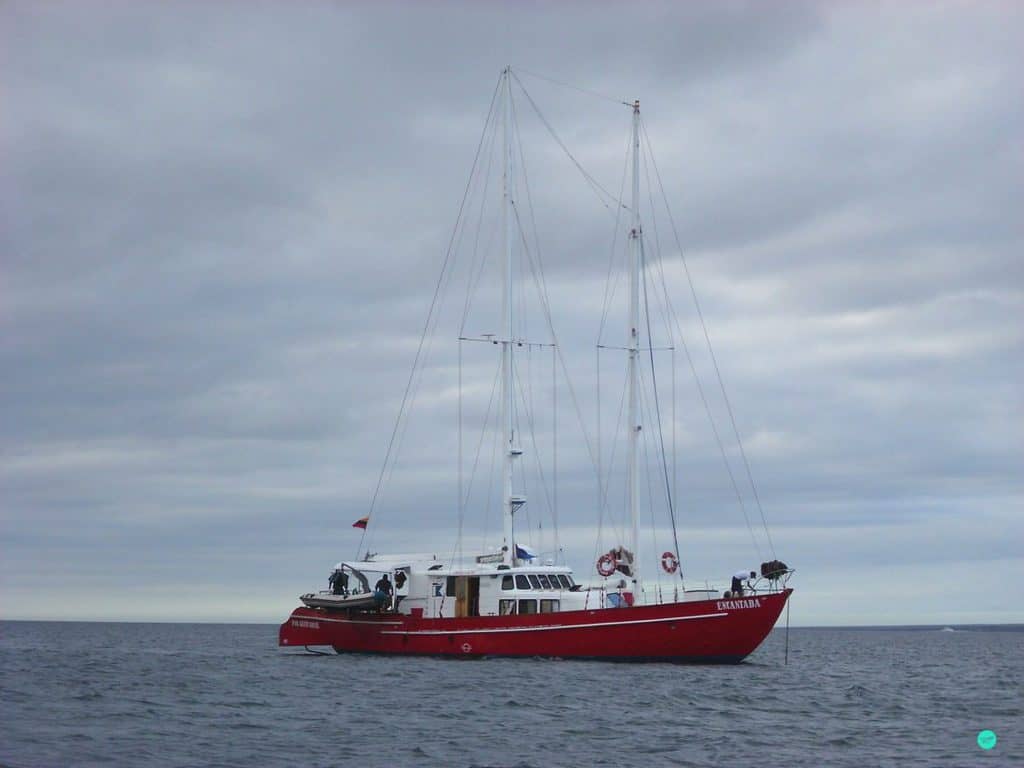 Every now and then I visit the blogs of my colleagues to inform me, to get some travel inspiration or new ideas on what I could write about for you! This time I came across of Andreas‘ blog Reisewut and he was calling us to write about our „Moments made for eternity“ to share with you. I loved the idea and here we go!

Immediately my brain started thinking. All those trips we did in the past 13 years, the adventures we went one. Crazy how much we’ve actually done. But in between all those moments, are a hand full who made it to everlasting memories. Not because of they were super cool and I have stunning pics. No they made it, because I still feel what I felt in those moments when I close my I eyes and take myself back.

So I plugged in my hard disk and went through the pictures to choose some to share with you. The pictures aren’t the most stunning ones. Most of them were taken, before we had the „good“ camera. But I will use my words to get you into the situation and activate your imagination. Remember – a picture can never replace the lived moment, just capture the place.

Come and let me take you away!

It’s the year 2008, I almost finished university and went to visit my boyfriend (now hubby) who was on a semester abroad. Besides working and learning we tried to spent as much time as possible to discover Victoria. One long weekend we packed the car and drove west. Limestone Coast was our general targeted destination, nothing specific.  We were drifting where ever it took us. The only must do for us was: driving at the beach. And we did it. It was my first time ever I saw a car in real at the beach. Driving it myself there was awesome! The beach was empty, just us, the sea and this overwhelming feeling of FREEDOM! Amazing! I remember standing at the back of the car with open arms and enjoying the breeze. For the first time in my life I felt really free! That moment my everlasting urge to explore the world was manifested.

That was a life changer for me, without realizing by that time. Until today, I can’t get enough of exploring and feeling free! 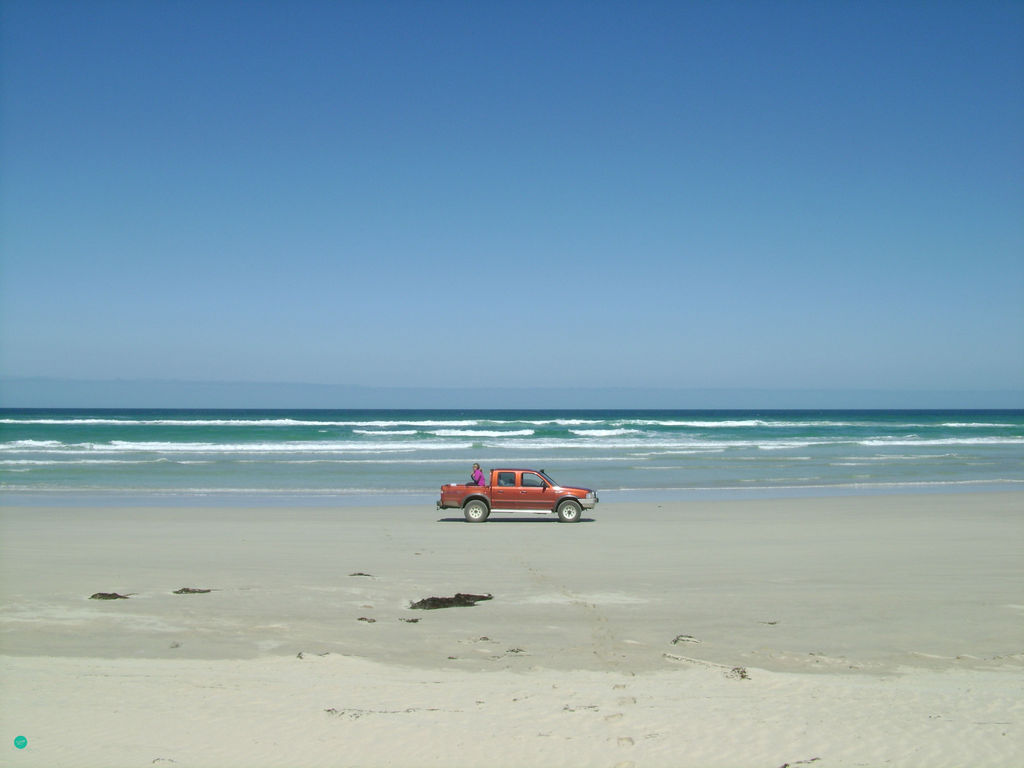 Galápagos and the vastness of the ocean

Only one year later we had this great chance to go on a 4 weeks trip to Ecuador. At this time I have been working as a teacher. Being the person in charge for the exchange with our partner-school in Guayaquil, I took my chance and went to Ecuador with a few students for an exchange. Lucky us, my „new“ hubby could join me. Due to the fact the students were in host-families and I had another colleague with me, we had the freedom to travel a little bit! We discovered the cuyabeno national park, went to Salinas, had some biking, horse riding and rafting fun at Baños. Some things we did with the students and some without. Once we arrived in Guayaquil we spontaneously booked a 4 days sailing trip at the Galápagos Islands! It was meant to be our honeymoon trip, as we just got married a few weeks before.

To take it ahead: This trip exceeded all our expectations and was worth every single penny! Besides all those unique creatures living there, the width of the ocean is what I remember the most. For me it was the first sailing trip ever! So I remember this one night. Right after sunset, us in the middle of the Pacific – full moon rising, clear skies, millions of stars and our guide calling us to the back. What an spectacle! We were witnesses of a shark trying to get his night catch. He was doing his rounds, attracted by the lights of the boat like his prey.  His aimed catch was a little seal, but the little guy was faster and rescued himself „on board“. The shark recognized, that he would have to take the fish instead of the seal. I think it was a great catch, too. That special moment I felt like I am one with the ocean. I felt like being part of nature. The width, the freedom, those peaceful vibes, how nature follows it’s order, if we don’t interrupt! I just felt at the right place at the right moment! Given the fact I had no camera that moment, I will share a few impressions of that trip with you! BTW, the turtle is the famous lonesome George who died in 2012!

The third year in a row we flew towards the sun. This time Cuba! A country that has much more to offer than stunning beaches, ramshackle charming buildings & Salsa. We were curious to see what Cuban reality means, what it is like to live in a socialist country in the 20th century. (We are from former GDR.) So we only booked the first nights, a car and the flight from La Habana to Holguín.

We did B&B almost the whole time. That way we were always in touch with the Cubans. We stayed in there houses, saw and sometimes lived their reality. Our openers to very honest chats were the facts that I speak Spanish and that we are from „GDR“, so they knew that we knew what they talk about! Also this made them disclose some secret spots. One of those was Cayo Sabinal (cayo = is a small flat island). By that time there was not even an official way to go there. Neither you found restaurants, hotels or bars.

First challenge was to find the correct „junction“ to enter the bush. With the help of a police officer we found it and then kept on following our instincts! Before we could enter paradise we had to stop at a gate, controlled by the Cuban army. Means passport control and full inspection of the car! We passed by the salty lagoons with it’s huge flamingo colony. At the park entry, we had to show the passport again, answer some questions, but that was the last moment we saw anybody for hours! We arrived in paradise! Untouched nature, nothing than some crabs, sandy beach, the sea and us! The memory will always be, the feeling of if we had found paradise!

That paradise doesn’t only imply sunshine, you are aware of, right? So the story goes on.

Time flew by and suddenly the sky turned grey, it supposed to rain, so we started preparing to go. But like if somebody would have pushed a button, the sky turned black, trees were bending to the ground and the first lightnings were visible at the horizon. It came fast, very fast! But we were faster, we made it on time back to the car. Lucky us. As soon as we jumped in, the sky opened its sluices and the thunder was loud as hell! We were almost lost in paradise! We managed to find the way back to the gates. But sun had set down and the car lights weren’t very helpful at all. Other lights than those -negative! Out of nowhere two fisherman were in front of our car. They shared one bike, so we offered one of them a ride in our car. Not totally unselfish. He knew the bush and guided us out perfectly. 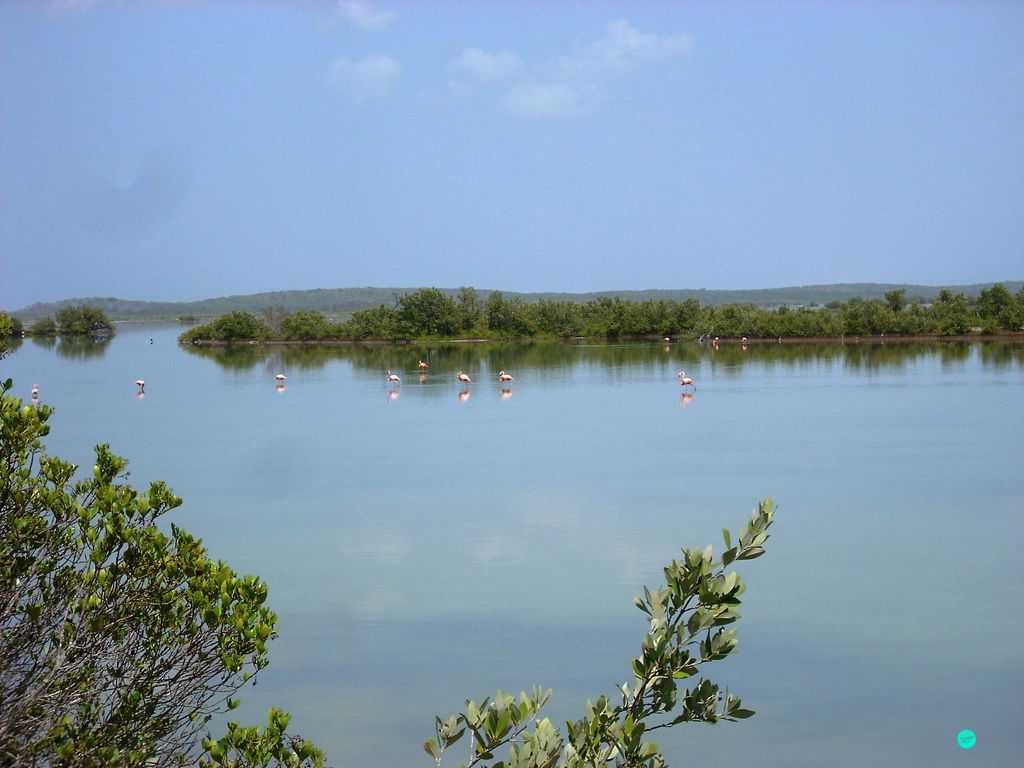 Frozen Quebec – when there is nothing, but ice

March 2015 we arrived in Montréal for the first time. My hubby was here to help out in the company for 3 months. Of course I didn’t let this chance pass and organized to stay with him. March here in Quebec literally means winter – real winter! Snow, ice, cold temperatures and everything you associate with the word itself. Once we got used to it, we started traveling a bit. The last weekend of March we planned a trip to Quebec City and surroundings, including dog sledding. But the dog sledding became „secondary“ when we went to the Montmorency Falls. What nature performed was just incredibly impressive! I felt like being relegated to the ice-age!  As far as eyes could see – ice! 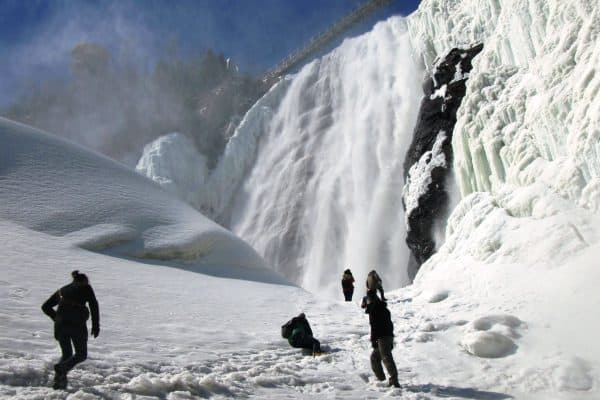 The frozen falls built ice bergs out of their spray! The lake at the bottom – frozen – so we could walk on it and „touch“ the falls! Climbing up again, I got flashed the second time. The look from above was just – wow. Ice, ice and more ice! Winter had turned everything into a land of ice. Even the St. Lawrence River was nothing but made of ice. The only exception was the highway which runs between the falls and the river. At this time of the year theoretically it is possible to walk from north to south shore on the St. Lawrence. But see yourself: 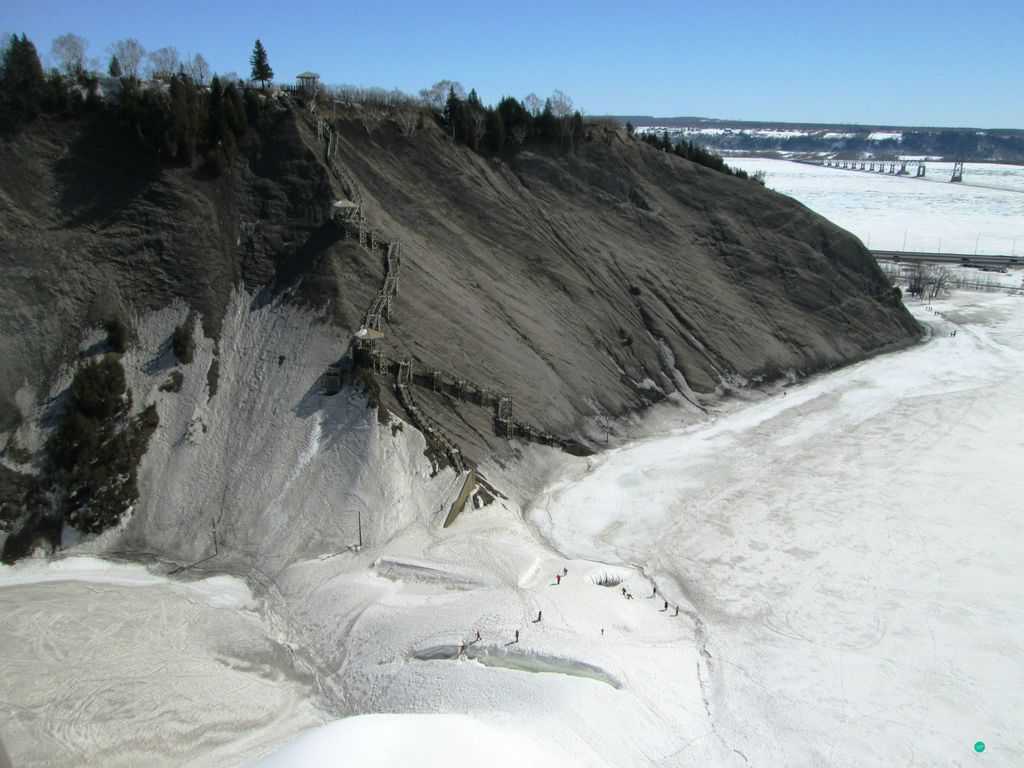 Until this moment I thought dog sledding was the highlight of the weekend. Even tho it was a great experience, those views beat it! This was when I fell in love with winter again!

Panama – when I felt in love with islands

2017 we escaped the Quebecoise winter and spent part of our parental leave in Panama. What shall I say? I felt in love with the province of Bocas del Toro as soon as we arrived.  I have never been a big fan of islands. Islands implied limitation, made me feel a bit „claustrophobic“. All that kinda changed when I put my feet on the ground of this Caribbean place. Caused by the vibes and the sun, I don’t know, but it changed something for me. The province has many different islands, so we tried to discover as many as possible.

One stand out! Isla Zapatilla ! We had to cross the Ocean for about 40 min. to reach it! Didn’t know what to expect. The closer we came, the more jittery I became. I could see the silhouette at the horizon and just wanted to enter it. As soon as the anchor was set, we jumped into the water and walked on! And wow – I was caught, caught by the aura of Isla Zapatilla. We made ourselves comfortable in the shade of a tree and enjoyed. I caught myself dreaming of being left here. Of our captain escaping and leave us here for one or two days. So we would eat what ever nature has to offer, my hubby fishing with a stick, making fire by rubbing stones together… this romantic nonsense 🙂

Anyway here at our „Robinson Crusoe“ island we felt free, free from conventions, undisturbed, close to nature. We felt like real adventurer in the middle of the sea at a desert island! Happy we were! 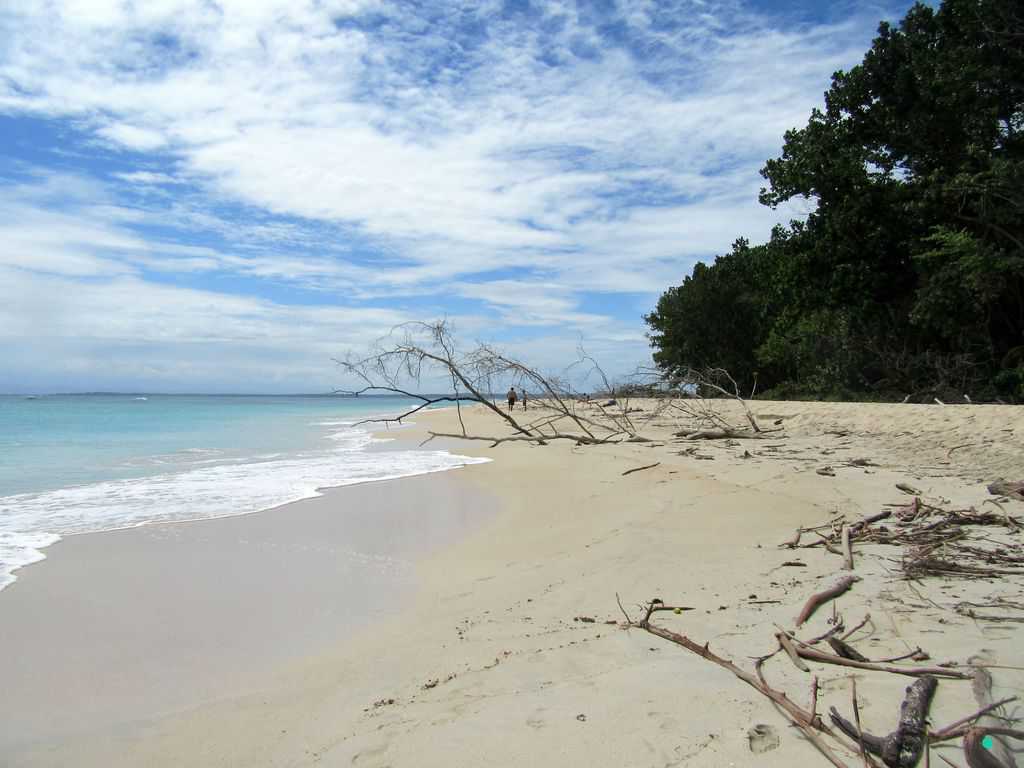 Those situations,moments really made into my memory and whenever I think or write about them, I feel myself back there. Going through the text I just realized that they all have to do with water. If it’s because I am Pisces or not I don’t know. Ever since I have been a child, I loved the water. Being at the sea, a lake or a river shore always made me happy, helped calm down and recharge. Made me feel free! Listening to the sound of water and close my eyes makes me feel everything is possible!

I am glad this parade caught my attention. It was fun to put my memories in words and share them with you. And additionally I learned something about me!

Take a deep breathe, close your eyes and see!